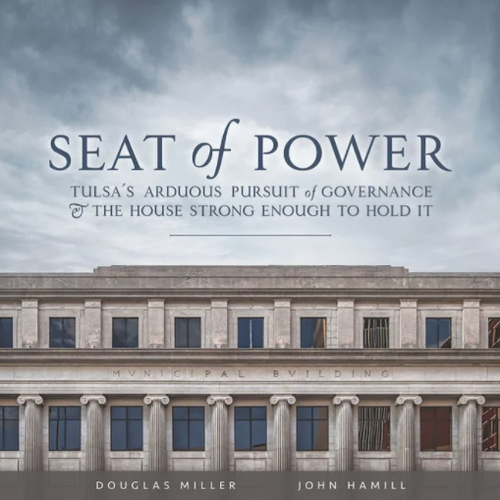 By Douglas Miller and John Hamill At 100 years of age, Tulsa’s Old City Hall Building remains as steeped in drama and irony as the Magic City she was built to represent. In the same way that responsible governance was late in coming to Tulsa, Tulsa’s City Hall was also late in coming. Overlooked in the mad dash for oil boom riches then delayed by crime, corruption, and “the greatest legal battle ever staged in Oklahoma,” the grand Neoclassical lady was raised, celebrated, then immediately outmoded by the very progress that built it. Although rescued by an economic collapse that brought the rest of Tulsa to its knees, she was ultimately abandoned and left for dead after fifty years of government service. Barely escaping demolition, she spent her second fifty years in the private sector in a way that still serves the community she was built to represent. The Old City Hall Building is more than just another repurposed office building. It is, in fact, the repurposed office building that stood as the first bulwark against the wrecking ball of Urban Renewal becoming the birthplace of the preservation movement behind Tulsa’s now-celebrated oil boom-era architecture.

This product can be picked up at Tulsa Foundation for Architecture Center for Architecture and Design in Downtown Tulsa. Please email us upon checkout at info@tulsaarchitecure.com to arrange a time.

100 Designs for a Modern World Book

100 Designs for a Modern World Book